Pastor and Head of Staff
mark@stmarkpresbyterian.org

Mark Davis was raised in Hampton, VA, attending and being educated for ministry in the Pentecostal Holiness Church. After college he attended Union Presbyterian Seminary in VA, and shortly after began the journey of becoming a Presbyterian pastor. He moved to Iowa in 1989 to pursue a Ph.D. in Theology, Ethics, and Culture at the University of Iowa, embarking on what turned out to be a 25-year stay in the state. In 1996, Mark began serving for 18 years as the pastor of a New Church Development near Des Moines, during which the church grew from 90 to over 400 members. Also during that time, Mark was on the Board of Directors for The Interfaith Alliance of Iowa, serving several terms as President of the Board.

Mark was called by our congregation to serve as St. Mark’s pastor on December 8, 2013.  He has become very active in the Presbytery of Los Ranchos, in NEXT Church and in the Orange County Alliance for Just Change. He also serves on the Executive Committee of the Leadership Council of the Orange County United Way’s United to End Homelessness campaign.

Ordained in 1996, Mark holds a Doctor of Philosophy in Theology, Ethics and Culture from the University of Iowa and a Doctor of Ministry from Union Presbyterian Seminary in Virginia. He is the author of two books: Talking About Evangelism, (May 2006), and Left Behind and Loving It (Fall 2011), as well as numerous articles, book reviews, and essays. In addition, Mark blogs intensive Bible studies regularly at Left Behind and Loving It and at Mark of St. Mark. He continues to be a featured speaker at conferences, workshops and retreats on theology, biblical studies and worship.

Mark is a music lover who composes, sings, and plays the saxophone, particularly with St. Mark’s Synerjazz Trio. Mark and his wife, Chris, have four delightful children (and a daughter-in-law) ranging in age from 18 to 28, and two rabbits (Tony and Eddie). 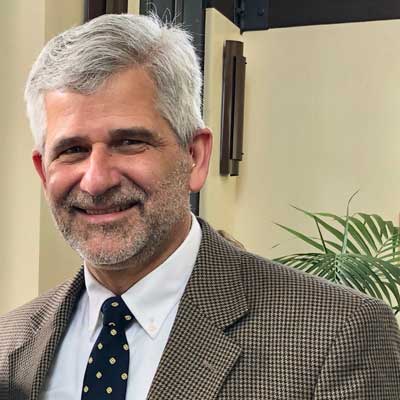